Like my work? Arrange a meeting with me at my office, I'll be happy to work with you!

Like our work? Arrange a meeting with us at our office, We'll be happy to work with you!

We are always looking for new talents and we were expecting you. Time to apply, buddy!

Sahel countries and people need to focus on the basics, and keep in mind that they will not be able to manage everything on their own

Criticism is everywhere and almost everywhere about the French presence in Mali. It is easy to get lost between certain political leaders, who take the opportunity to take the problem to the extreme, and a suffering people, awaiting better answers to the socio-economic challenges and the stabilization of territories. The governments of the Sahel countries were asked to clarify their positions regarding the presence of French forces on their territory. Even if there is a « mistake » on the part of the French president in the way of inviting them to Pau, the request remains legitimate. This military force is present on Sahelian soil with the agreement of Sahelian rulers: it therefore exists because there is a contract between these countries and France. If the presence of this force no longer satisfies, it must be said in accordance with the contractual rules and renegotiate, if necessary, but above all move forward.

Our world is not as simple as some voices in the Sahel would have us believe. Each state has its own challenges and will have to defend its own interests. Friendship between peoples does exist and is necessary for humanity. But state interests prevail and will prevail in cooperation as long as we remain in the dynamic instilled by liberalism and its corollary, globalization. It won’t change tomorrow, so you have to stay clear. Thus, there is clearly a question that arises for Sahelians: what do they want concretely? This question must be answered by Sahelians for their own interests. The accusations against France in its relations with the five countries of the Sahel are not simple. When France in turn asks the Sahelian states to specify what they want, it is already a shame. Because in my opinion, the five countries of the Sahel could have gone ahead by telling their partners what they want. These States must respond, because it is a contract, therefore an international commitment. What will we think of a state which, in the concert of nations, does not respect its international commitments? The logic remains the same: it’s collaboration. If collaboration no longer interests or seems to be affected by new or unforeseen elements, States have the right to say that the form no longer seems to them to correspond. But keeping in mind that their collaborator also has interests and can speak in turn.

Populism is gaining ground in the Sahel. It takes the place of the pragmatism necessary in such circumstances of doubts and uncertainties. Everything seems to be going fast, very fast. Wisdom would like to decelerate the pace to make as few mistakes as possible. In terms of internal governance, much remains to be done. We must therefore refocus on the essentials and avoid being taken in by a populist wave. Mali does not need other crises, especially diplomatic ones. The timing is not good. It is important to pull yourself together and resolve crises in order of relevance.

The country is facing a territorial crisis which must be resolved quickly. The administration is absent in several strategic places of the country, the community agents, in certain zones, have not been paid since 2012. Certain regions are exposed to famine and malnutrition. We must also find a way to better govern over all of the country’s territories, to streamline land communications (Bamako and Gao are practically no longer linked by land). In addition, corruption and urban crime must also be tackled. Mali cannot solve all of this on its own.

Yes, it is necessary to clarify the relations between Mali and France in the current conflict. This, it seems, is what the French president said and it is also what the Malians and Sahelians seem to want. So what’s wrong? Focusing on the essential is essentially keeping in mind that the substance of what the French President said at the NATO summit is relevant and gives everyone an opportunity to put things flat, and resume new decisions, much more appropriate. If Mali wishes, it can claim to leave France, it is legitimate. But Mali should prepare for the end of a number of bilateral and multilateral collaborations. Some certainly think that the hypothetical departure of France from Mali and the Sahel would settle everything. This is not necessarily true. Mali will really lose in terms of balance on several levels, if there is a break with France.

Serenity must quickly take precedence over feelings of hatred and disenchantment in collaboration with France. To express oneself is a fundamental and universal right. But to speak in the interest of his country is even better and responsible. Those who are called « populists » and who demand the end of the French military presence will not be able to help Mali, if not to sink into hell, as was the case with certain neighbors and on other continents. The Malian people must be guided not by « populists », but by people who are aware of the realities of our world and its rules. And our decisions must be in line with the fundamental principles, even informal ones, of our world if we wish to exist. Those who oppose these rules will not allow the development of their country. They will accentuate internal and problematic crises of international collaboration. 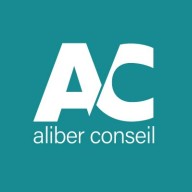